Question Everything: How Francis Bacon Changed Our Study of Nature Forever

Matter was studied and understood through this loaded concept called the spirit. But this led to much speculation, numerous doctrines and theories came into being. Lineages were established – in the west, the Aristotle’s theories dominated philosophy. Hippocrates and Galen’s theories dominated medicine. Medical books were frequently written with terms pertaining to the union of the soul and flesh.

But after a while, certain elements of the religious establishment started to control the study of every aspect of matter, every aspect of the study of nature. Doctrines became rigid; study of human biology was stalled and there was no advancement in medicine. Dissections and experiments were prohibited in the name of religion. All knowledge was controlled by the precepts of what religions preached. The spirit side was dominating the study of matter.

Up until the 17th century, all the work done was the work of great masters like Aristotle, Plato, Hippocrates, and Galen – the knowledge passed down by generations of sincere followers of past wisdom.

But in the 17th century, several individuals found this approach was not working to understand the bodily functions. So, we had to separate spirit from matter. Matter has to be studied using quantifiable evidence – the human body was seen as a collection of mechanisms which could be studied using chemical reactions, physical laws, and mathematical equations.

Spirituality and philosophy are concerned with subjective experience so cannot be quantified, and therefore not a subject of scientific study. Spirit and matter, therefore, cannot go hand in hand in the study of nature. The separation thus happened around 17th century.

Old methods should die, writes Francis Bacon, who many attribute as the founder of the scientific approach. He proposed methods for a new beginning. He listed unsolved problems in every field of human endeavor. He thus became the prophet of this new institution called science.

Francis Bacon actually called this the “new philosophy.” This was different from any other philosophy because it aimed at practice rather than theory, in search of proof, rather than a doctrine, something concrete rather than speculation. Knowledge, according to him is not an opinion, but a work that has to be verified. Knowledge should have utility and power, he declared. Here, for the first time, was the voice and tone of modern science. 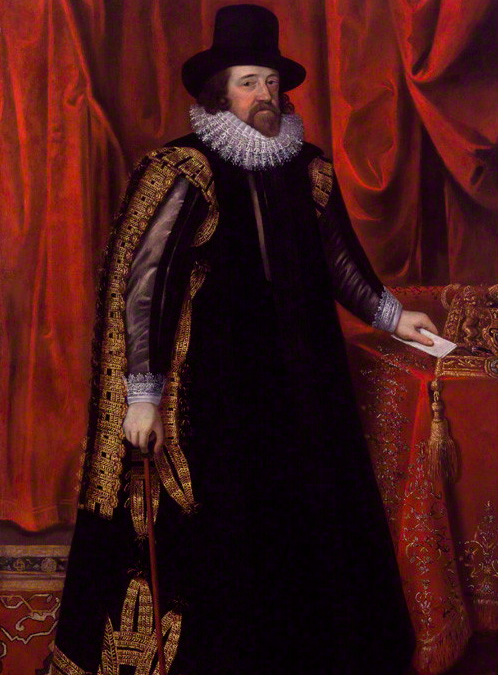 The scientific method emerged as the universal equalizer for all those who wanted to study nature. One peculiarly unique attribute about this scientific method is its process of investigation. The celebrated physicist Richard Feynman candidly articulated how the experimental method works:

Feynman’s assessment remains true. Today, a typical scientific discovery relies on three factors: First, a hypothesis (an intelligent guess); second, the ability to test and re-test the hypothesis in a reputable, controlled experiment; and third, publication of the results. Anyone who correctly follows the steps laid out in a particular study design, no matter who they are, must be able to say, “Yes, I got the same result.”

Since then every claim we make had to be put to the test. For instance, if we claim that brushing our teeth twice a day, once in morning and once before bedtime, is better for the health of teeth, this claim should be validated. Only if it passes the grind of scientific study is it deemed appropriate to follow this practice – of brushing twice a day. If it fails, the habit would be simply discarded.

The words spirit, or god were never to be written in any respectable scientific journal.

This was the birth of what we call Classical Mechanics, as founded by Isaac Newton. Nature behaves according to certain predetermined laws and by discovering those laws we can understand nature and its functions. “Spirit” has no place in this study. In other words, there are laws in nature, but a law maker is not necessary for those laws to function. 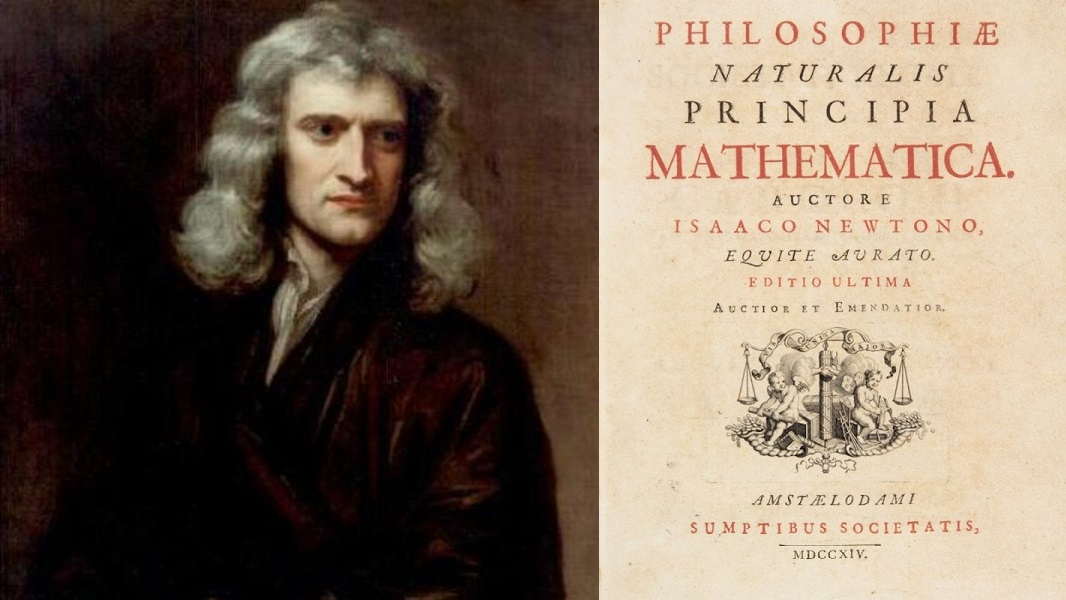 Philosophiæ Naturalis Principia Mathematica – Mathematical Principles of Natural Philosophy is a work in three books by Isaac Newton, in Latin, first published 5 July 1687. The Principia states Newton’s laws of motion and Newton’s law of universal gravitation, forming the foundation of classical mechanics. The Principia is regarded as one of the most important works in the history of science. 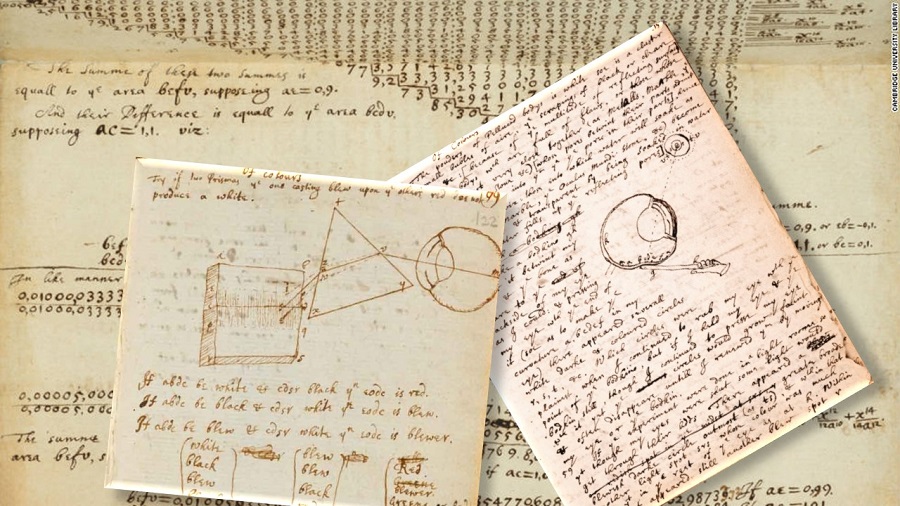 “Plato is my friend, Aristotle is my friend, but my greatest friend is truth.” – Isaac Newton (1642-1727). Cambridge University Library holds the largest and most important collection of the scientific works of Newton. Click image for more.

The founders of scientific method, in the 16th and 17th centuries felt that the universe is similar to a clock-like machine, independent of any law maker. The scientific community loved this idea, not because they truly believed in this assumption, but because only through such assumption, we were able to let go of ourselves of the iron fist of religion that was chocking the study of nature. And so it was reluctantly omitted from all scientific endeavors.

This approach worked. We discovered many mechanisms of nature, and invented many instruments that makes our lives comfortable. For over three centuries, scientists believed that the laws of nature are absolute, and by discovering them, we can understand nature and its functions.

After a while, scientists started to discover that these laws of nature weren’t as absolute as was originally theorized. They discovered that what we can perceive about the universe is grossly limited. The forces of the universe that is not yet reachable to human mind has come to be known as – the dark energy – the unknown force that is not reachable to the scientific study. Instead of calling it the “universal energy,” they called it “the dark energy.”

Many scientifically educated modern day gurus try to rationalize a synthesis of these two approaches – science of matter and the knowledge of spirit into one.

In all honesty, I feel that it is impractical to synthesize these two into a unified approach. This is because science, as a branch of studying nature was created to rid of the subjective theories and doctrines from the study of nature. Science and spirituality are two separate approaches to understand our nature and ourselves. 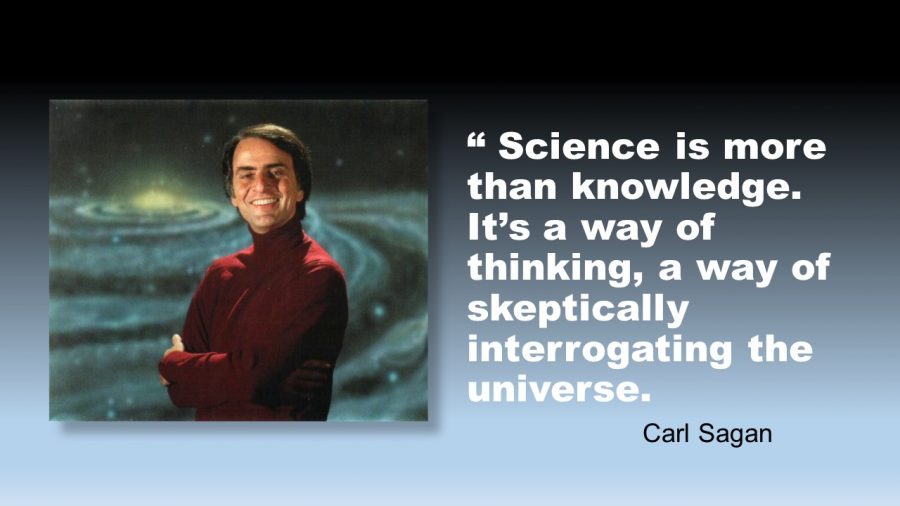 In the pursuit of happiness, choose your path wisely

Essential Quality of All Winning Teams and Lasting Partnerships