Saints and Doctors: What’s the Connection?

To approve sainthood to a pope, the Vatican only needs two miracles. And there we have it, a new saint.

Pope John Paul was named a saint by Francis after a Costa Rican woman is said to have been cured from a brain aneurysm after praying to John Paul in 2011. His first miracle, curing a French nun of Parkinson’s disease, was also confirmed.

What makes a religious or sacred act holy is evidence of a miracle. We all need evidence – and there is, indeed, evidence.

To institutionalize a belief, a procedure must be followed, just as in any other organized entity. When declaring someone a saint, the Vatican is required to certify that a “miracle” was performed through the intercession of the candidate – a medically inexplicable cure that is lasting, immediate and directly linked to prayers offered by the faithful. The process is comparable to a peer-review procedure – one pope endorses another to promote him to sainthood.

The anointing of sainthood appears to be merely another step in the hierarchy of the church – similar to the rankings of priest, deacon, and pope. The rather mechanical process evokes a much deeper inquiry not about the basics of sainthood, but the purpose behind it. We can’t help but wonder: Do miracles happen?

Here’s a tale from my every-day life:

Part of my job as an attending physician at a hospital is to run codes. At this particular time as the doctor on duty, we had a 73-year-old male patient who was deteriorating quickly – his breath labored and his pulse gone. He coded several times and was revived with shocks. About 45 minutes into the whole exercise, we deemed the attempt futile. Although the patient had a faint pulse, his blood pressure was not detectable. Most other vital parameters were rock bottom; oxygen saturation levels were too bad. Everything about his situation rendered a sustainable recovery impossible,.. or so we thought.

The next morning, a member of the nursing staff was shocked to hear the patient, who had nearly been declared deceased just hours earlier, utter the words “I’m hungry, as if he woke from his deep slumber.

I’d call that a miracle.

I don’t know if there was any “guiding hand” involved in the process, or it was just a mere coincidence that modern medicine fails to explain.

A miracle is something that seems logically impossible.

Our human intellect can’t fathom such an occurrence as possible. In these cases, we tend to attribute bad events to fate and “miracles” to divine intervention.

Should we dismiss both the good and the bad “unexplainables” as merely random? More over: What makes a few cells of a 5-year-old turn against themselves to become cancerous – ultimately robbing a child of the chance to experience what life on Earth has to offer? And, if these cells can turn against themselves to become cancerous, can they become buddies again, morphing back into healthy cells? It’s possible, but also worth asking: Is it possible that faith plays a role in these kinds of “miracles”?

Intense anguish, like grief felt after the death of a loved one, can cause a seemingly healthy heart to come to a complete standstill. Grief can evoke the same symptoms as a heart attack – chest pains, trouble breathing. It’s estimated that about 2% of heart attacks in the US are actually caused by “broken heart syndrome.” A body in seemingly health physical condition suffers this heart ache not by way of a blocked blood vessel, but proved by a surge in stress hormone like adrenaline that overwhelms the heart making it temporarily weak.

If such intense stress can break you, why can’t intense hope heal you?

To some, this hope comes in the form of faith. What cures the faithful is not merely a strong conviction in an ideal, but the intense hope triggered by belief.

It’s almost true. Sometimes it’s your belief that activates “miracles.” Miracles break the laws of nature as we know them – hiding behind the curtains of our perceptions. We’re oblivious to our role in miracles, so when they occur, we call it chance.

For a lot of us, our convictions in a higher being or lack thereof, serve as the vantage point to which we view the world around us. Anything that occurs outside of the bounds of our perception is looked at with suspicion or cynicism. We make the observational error of assuming that only what we understand is legitimate and that anything beyond our comprehension is merely a sham.

You don’t need glorious labels such as that of a saint or guru to not only wish, but evoke goodness onto the world. A life without mystery is not worth living – it is that which occurs outside of our comfort zone that makes life exciting.

Sometimes it’s your belief that activates “miracles.” Miracles break the laws of nature as we know them – hiding behind the curtains of our perceptions.

People with faith in an underlying force have more room for the mysteries of life than those who refuse to believe in anything transcendent. Belief and hope has the power to liberate us from the cynicism of our minds and to open up our hearts to the possibility of miracles. 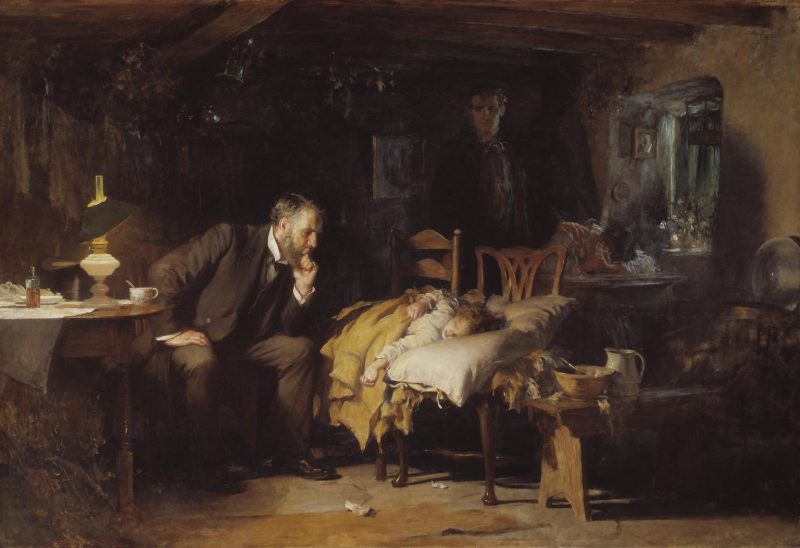 Being Religious is Not Same as Being Spiritual

The Two Selves Within Us: Rumi’s Wisdom on the Nature of Self